We’ve only gotten to mid-afternoon and here are today’s stories:

That’s just today, mid-afternoon. If you don’t see this man as the threat to U.S. democracy itself that he obviously and proudly proclaims himself to be, you’re an idiot. If you see it and don’t care, you’re garbage.

Everyone else: don’t despair. Organize, donate, spread the word, and vote.

mxm23
I was going to write something year like “we are watching and hoping from Canadá” but It sounds a bit hollow. Please just accept our hope for your country to heal and come together.

★ Working the Refs Worked: ‘How Facebook Wrote Its Rules to Accommodate Trump’ by John Gruber
Monday June 29th, 2020 at 11:43 PM

Elizabeth Dwoskin, Craig Timberg, and Tony Romm, reporting for The Washington Post in a remarkable story that takes a while to get to the juicy parts:

The document, which is previously unreported and obtained by The Post, weighed four options. They included removing the post for hate speech violations, making a one-time exception for it, creating a broad exemption for political discourse and even weakening the company’s community guidelines for everyone, allowing comments such as “No blacks allowed” and “Get the gays out of San Francisco.”

The document also listed possible “PR Risks” for each. For example, lowering the standards overall would raise questions such as, “Would Facebook have provided a platform for Hitler?” Bickert wrote. A carveout for political speech across the board, on the other hand, risked opening the floodgates for even more hateful “copycat” comments.

Ultimately, Zuckerberg was talked out of his desire to remove the post in part by Kaplan, according to the people. Instead, the executives created an allowance that newsworthy political discourse would be taken into account when making decisions about whether posts violated community guidelines.

I don’t get the “on the other hand” here regarding whether Facebook’s rules would have provided a platform for Adolf Hitler. A blanket “carveout for political speech” and “newsworthy political discourse” certainly would have meant that Adolf Hitler would have been able to use Facebook as a platform in the 1930s. Hitler wasn’t universally seen as Hitler the unspeakably evil villain until it was too late. Infamously, as late as August 1939 The New York Times Magazine saw fit to run a profile under the headline “Herr Hitler at Home in the Clouds” (sub-head: “High up on his favorite mountain he finds time for politics, solitude and frequent official parties”).

An “anything goes” exception for political speech from world leaders is the exact same hand as serving as a platform for Hitler. It’s goddamn Nazis who are crawling out of the woodwork now.

Thiel, the security engineer, and other employees argued internally that it violated the company’s internal guidelines against “dehumanizing speech.” They were referring to Zuckerberg’s own words while testifying before Congress in October in which he said dehumanizing speech “is the first step toward inciting” violence. In internal correspondence, Thiel was told that it didn’t qualify as racism — and may have even been a positive reference to integration.

Facebook’s security engineers in December 2016 presented findings from a broad internal investigation, known as Project P, to senior leadership on how false and misleading news reports spread so virally during the election. When Facebook’s security team highlighted dozens of pages that had peddled false news reports, senior leaders in Washington, including Kaplan, opposed shutting them down immediately, arguing that doing so would disproportionately impact conservatives, according to people familiar with the company’s thinking. Ultimately, the company shut down far fewer pages than were originally proposed while it began developing a policy to handle these issues.

A year later, Facebook considered how to overhaul its scrolling news feed, the homepage screen most users see when they open the site. As part of the change to help limit misinformation, it changed its news feed algorithm to focus more on posts by friends and family versus publishers.

In meetings about the change, Kaplan questioned whether the revamped algorithm would hurt right-leaning publishers more than others, according to three people familiar with the company’s thinking who spoke on the condition of anonymity for fear of retribution. When the data showed it would — conservative leaning outlets were pushing more content that violated its policies, the company had found — he successfully pushed for changes to make the new algorithm to be what he considered more evenhanded in its impact, the people said.

Joel Kaplan wanted Facebook to call the same number of fouls against both sides no matter what fouls were actually committed. And that’s exactly how Facebook has run its platform. If you don’t punish cheaters and liars you’re rewarding them. Far from being biased against Republicans in the U.S. and right-wing nationalists and authoritarians around the globe, Facebook has been biased for them.

“Joel Kaplan wanted Facebook to call the same number of fouls against both sides no matter what fouls were actually committed. And that’s exactly how Facebook has run its platform.”
West Hartford, CT

You’re about to spend the next 25 minutes watching a guy solve a Sudoku.

Not only that, but it’s going to be the highlight of your day.

I didn’t believe that either, but it’s true. Truly compelling. (Via Kottke.)

Gregg Gonsalves, assistant professor in epidemiology of microbial diseases at Yale, on Twitter, responding to a Times story preposterously headlined “Trump Suggests Lack of Testing Is No Longer a Problem. Governors Disagree.”:

This is journalistic malpractice. If we don’t have scale-up of testing, we will be in lock-down for months & months. There is no debate on this, why frame it like there is one? Next: Trump says earth flat, scientists say otherwise.

Gonsalves’s thread responding to Martin ought to be reported as a murder:

This is an emergency, act like it. It matters that you’re failing, and it’s not about a lowly reader trying to score points, but the fact that @NYTimes eliding, equivocating on the federal response has consequences for millions of people.

So, get better. Tell us, why 4 months into this we STILL have insufficient number of tests — what happened politically that led us to this point, keeps us still incapable of rising to the task. There are political stories abounding in this world-historical crisis and you surrender to the he-said-she-said variety of reporting, every time. […]

I buried dozens of my friends during the height of the AIDS epidemic and we’re all preparing for burials now of friends and family in this new pandemic. Don’t you dare tell me to move on.

Do your job. We are facing one of the greatest challenges in American history, largely due to political failures of the current Administration. Dig. Find out what is happening, the roots of the failures. Name names. You have the resources of one of biggest papers in the US.

Stop the transcription of press conferences, calls as the news in and of itself. Go deeper. Explain how current American politics led to this epidemiological and economic calamity, and how our leaders are or are not rising to the challenge. You may lose your access to certain prized sources inside the White House, the invitations to the best parties in DC, but you’ll gain the respect of your readers and rescue your reputations from the disdain of history.

codesujal
reply
I’ve been talking to my wife about canceling our Times subscription. They’ve lost their way as a newspaper. This is terrible.
West Hartford, CT 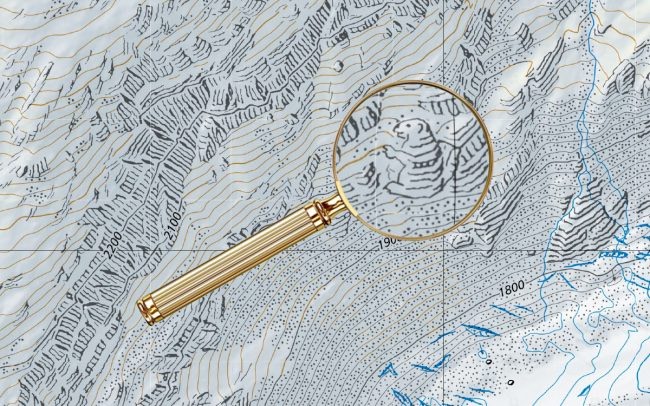 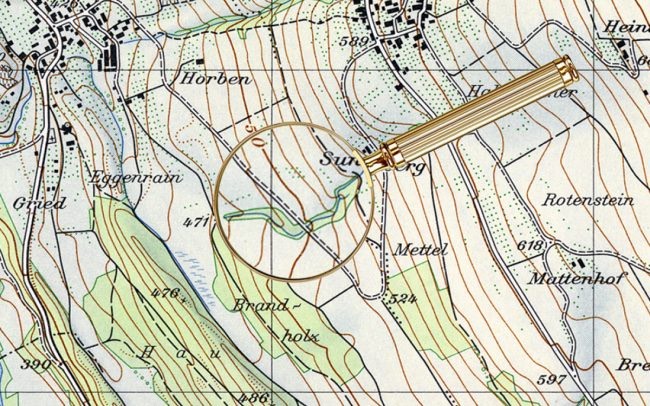 For decades, mapmakers working for the Swiss Federal Office of Topography have defied their mandates to create the most accurate maps possible by covertly inserting drawings in official maps.

But on certain maps, in Switzerland’s more remote regions, there is also, curiously, a spider, a man’s face, a naked woman, a hiker, a fish, and a marmot. These barely-perceptible apparitions aren’t mistakes, but rather illustrations hidden by the official cartographers at Swisstopo in defiance of their mandate “to reconstitute reality.” Maps published by Swisstopo undergo a rigorous proofreading process, so to find an illicit drawing means that the cartographer has outsmarted his colleagues.

It also implies that the mapmaker has openly violated his commitment to accuracy, risking professional repercussions on account of an alpine rodent. No cartographer has been fired over these drawings, but then again, most were only discovered once their author had already left. (Many mapmakers timed the publication of their drawing to coincide with their retirement.)

Some of these blend remarkably well within the usual details of the maps — I never would have noticed the reclining nude in the second image above if it weren’t highlighted.

codesujal
reply
in which cartographers have fun with maps...
West Hartford, CT 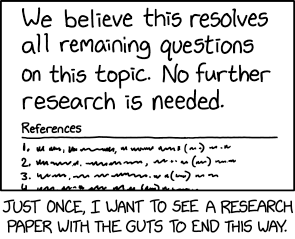 alt_text_bot
reply
Further research is needed to fully understand how we managed to do such a good job.
Next Page of Stories